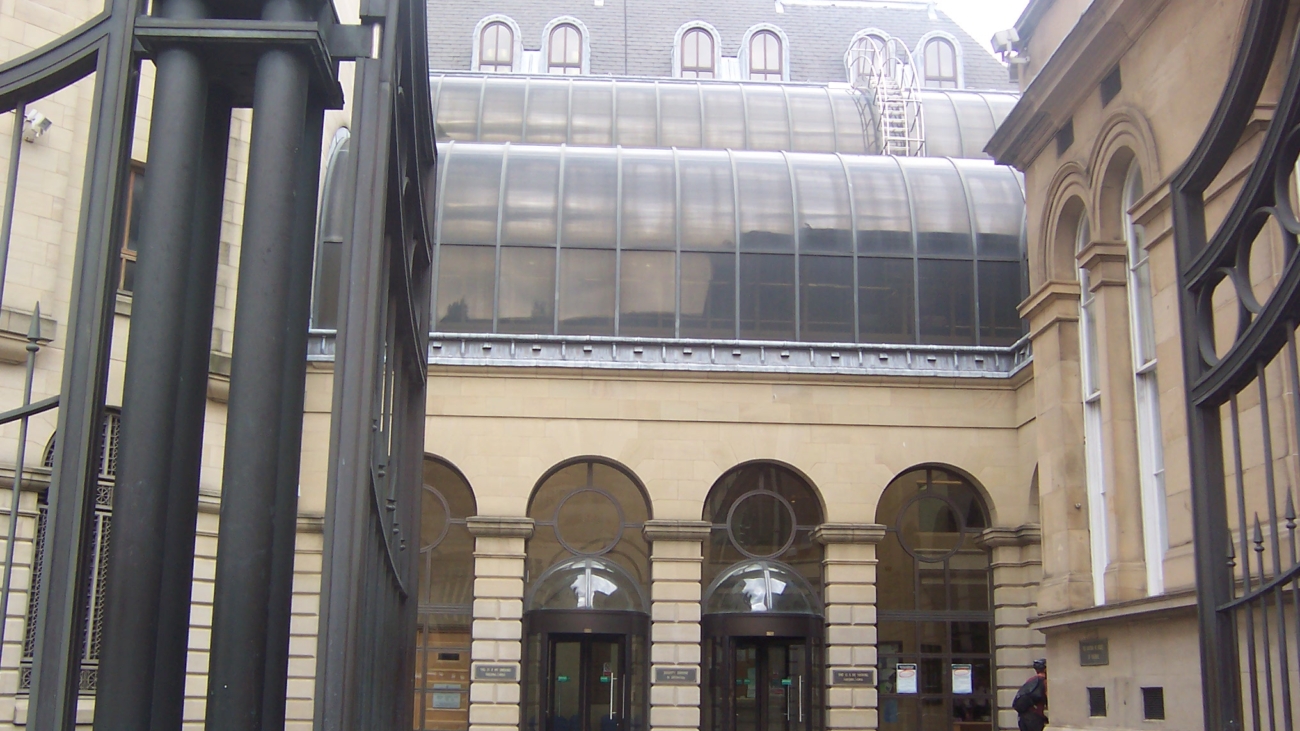 Sheriff courts are the principal local civil and criminal courts in Scotland. They have exclusive jurisdiction over civil cases with a value of up to £100,000, and over criminal cases except for treason, murder, and rape, which are heard by the High Court of Justice. Despite the fact that the sheriff courts have concurrent jurisdiction with the High Court over armed robbery, drug trafficking, and sexual offenses against children, the High Court hears the majority of these cases. One of the six sheriffdoms of Scotland is served by each court. Sheriff courts are presiding over by sheriffs, who are legally qualified judges and part of the Scottish judiciary.

Sheriff courts hear civil cases as bench trials without juries, and make decisions and judgments on their own. However, the specialist all-Scotland Sheriff Personal Injury Court (located in Edinburgh) is able to hear cases at trial with a jury of twelve. Sheriff courts hold criminal trials on complaint as bench trials for summary offenses, and as trials with juries of fifteen for indictable offenses. In cases heard on complaint, a person may be sentenced to a maximum of twelve months imprisonment and/or a fine of £10,000, and in solemn cases up to five years of imprisonment and an unlimited fine.

Each day, our solicitors conduct trials, proofs, debates, bail applications and pleas in all Sheriff Courts in Scotland. As a result, we have a wealth of experience dealing with all types and levels of prosecution in the Sheriff Court.

You can contact our highly experienced solicitors if you need advice or representation in connection with any Sheriff Court prosecutions right away.